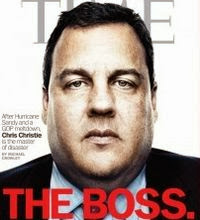 Can we take a minute to stop and think about what a terrible thing Christie’s top staffers (and possibly the governor himself) did to Fort Lee? Because there are some people still saying it wasn’t such a big deal. It was a lane closure. It was a traffic jam in a spot where everyone who lives in the tristate area has sat in miserable traffic at some point in their lives. A Tea Party darling, hard-right Assemblyman Michael Patrick Carroll, dismissed it as a prank gone wrong.

What these people are missing (or willfully ignoring, most likely) is the much deeper implication of Bridgegate. Yes, the people stuck in traffic were the direct victims, as were the people waiting for emergency responders who were late in coming. But the truth is, every New Jerseyan became a victim that day -- a victim of a direct assault on their democratic rights.

A functional democracy depends on one fundamental idea: that every citizen is free to vote for the candidate of his or her choice, and that once elected, every official must act for the benefit of all, no matter whom they voted for. It’s as simple as that.

There was a time – there still is, in many parts of the world – when citizens declared their allegiance to one king or another, one warlord or another, and then stuck by him, right or wrong, because if they didn’t, he wouldn’t protect them from the attacks of rival monarchs, bands of thieves, or any rampaging hoard that came along. Or worse, he’d send his own army to beat the crap out of them. He’d let them starve when their crops failed, levy impossible taxes, forcibly conscript their sons. But we’ve moved past all that. We are civilized now. We can vote our consciences and still expect equal protection under the law, equal access to services, fair treatment by our government.

Except in Chris Christie’s New Jersey. This is a place where the refusal of a local leader, Fort Lee Mayor Mark Sokolich, to endorse the governor -- or perhaps a conflict with a legislator, Sen. Loretta Weinberg, over judicial appointments -- can and did lead to direct retribution against the citizens themselves. And that is a direct assault on the fundamental principle of democracy.

Posted by Tamar Wyschogrod at 6:49 AM No comments: