Are we heading toward an American version of Romanian orphanages?

The cruel, inhumane, “zero-tolerance” Trump immigration policy, under which children are taken from their parents at the border, has already been much compared to Nazi Germany. I don’t object. It ought to go without saying that there’s absolutely no point to “Never Again” if one isn’t allowed to invoke the Holocaust until there’s an all-out Holocaust.

The problem I have with the comparison is that it’s too broad to be instructive. Yes, it’s part of Trump’s campaign to vilify and dehumanize a vulnerable population in order to stir ultranationalist sentiment. But what, exactly, does this particular chapter in our history say about who we have become and where we’re headed? I’d like to offer what I think is a much closer and more useful comparison: Romanian orphanages. 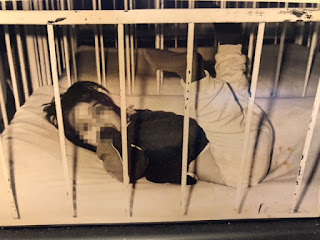 In 1991-1992, my husband and I spent nearly a year in Romania, which was just emerging from a Communist regime that was even more brutal and bizarre than what most of the Soviet bloc had experienced. My husband was a newly minted pediatrician when the news reached the West of more than 100,000 Romanian children living in squalid conditions in so-called orphanages. (Many, if not most, were not actually orphans, but had been institutionalized by parents who couldn’t or wouldn’t care for them, but had not relinquished custody.) Worse still, a pediatric AIDS epidemic had spread through those institutions. My husband joined a small group of pediatricians who scraped together some funding for a study, and that’s what brought us to Romania. He gathered data for the study and provided medical assistance in several orphanages and hospitals in Bucharest and Galati; I served as a woman Friday, providing logistical and administrative support to his efforts, alongside my own writing projects.

Perhaps you’ve heard the stories: tens of thousands of children warehoused in facilities where they were, at best, neglected, and at worst, abused. Children up to age six or seven or even more, small with malnutrition, spent their days in white metal cribs, rocking and banging themselves against the bars in an effort to self-stimulate, because no one interacted with them, no one held them, no one played with them. Infants had flattened heads because they spent their whole lives lying on their backs in those cribs. Eerie quiet hung over rooms full of children who never cried, because crying brought no response; no one ever came for them. Children with AIDS were transferred from bleak orphanages to even bleaker hospital wards, where they died not from the disease, but from exposure, because their fatal illness became an excuse to deprive them of even the most basic necessities like clothing, food, and heat.

It’s all true. I was there. I saw it. It was a nightmare of inhumanity.

By all reports, the American institutions where immigrant children are being held today are very different. They are, for now at least, only temporary, and the children receive food and clothing and have access to toys, television, and activities.

But here’s the thing: Once upon a time, the Romanian orphanages weren’t that bad, either. There was a long history of orphanages in Romania, and even in the early Ceausescu years, they had not yet become hellholes. But government policy, dictated by an unhinged megalomaniac with his own strange agenda, created the crisis the world saw when the Iron Curtain fell. Dictator Nicolae Ceausescu, determined to increase Romania’s population in order to grow the work force, banned contraception and abortion, causing a spike in unwanted births and the mass abandonment and institutionalization of children. As children poured into the overburdened system, conditions deteriorated. In a nation where propaganda and rumors replaced facts, where people lived in fear, and where resources were scarce, the disaster inside the orphanages went unchecked.

It seems like a stretch right now to compare Trump’s America to Ceausescu’s Romania, but there are important similarities. Trump is another pompous, self-serving, reality-denying leader who implements inhumane policies to further his own bizarre agenda. He rose to power by stoking fear and hatred of immigrants, particularly those from Muslim and Latin American countries. He believes that, by playing the strong man at the expense of vulnerable immigrants, he’ll reinforce his popularity among his virulently xenophobic base. He’s not interested in what happens to the system as a flood of children hits it, and like the Romanian dictator, he lacks the empathy to concern himself with the effect on the children. Also like Ceausescu, he’s demonstrated a singular willingness to pick the pockets of the masses in order to line his own.

Still, these detention centers, which were originally created to house unaccompanied minors who crossed the border before Trump even became president, provide only temporary shelter and are well supplied, right? No one is going hungry, and the kids eventually move on. What’s the fuss?

As many have already pointed out, any forced separation of a child from a parent is traumatic and can have lasting impact. Dr. Colleen Kraft, president of the American Academy of Pediatrics, said in no uncertain terms after visiting a facility in Texas that what the children there had been subjected to was “a form of child abuse.” No amount of food, toys, or TV change that. These aren’t children whose parents don’t want them or who have hurt them. In many cases, they haven’t even committed a crime (seeking asylum is not a crime, which is why previous administrations didn’t prosecute people for it). The practice of separation, in and of itself, temporary or not, is both unethical and damaging to children.

But more than that, numbers tell the story about where we could very well be headed. Trump’s “zero-tolerance” policy is bringing more and more children into an already overtaxed system. From October 2017 to April 2018, 700 families were split by the Trump administration, and from April 18 to May 31, 1,995 children were taken from 1,940 adults. The temporary housing facilities are bursting at the seams. The government has already opened one tent city in Texas; more will surely follow. While the policy is to eventually release the children to family members, many of those relatives are undocumented themselves and are afraid to come forward to receive the children, lest they run the risk of deportation. Foster care is an option, but that system, too, will inevitably max out. Now there’s talk of deporting the parents without their children. How long before we see in America the beginnings of Romania’s nightmare scenario: an explosion of institutionalized children left parentless due to stupid government policy, with conditions deteriorating due to underfunding and neglect? It’s not hard to imagine. We’re already hearing about staff who believe they’re not supposed to pick up or handle young children, who are being left to cry inconsolably for their absent parents. Maybe it would never become the living hell that Romanian orphanages became, but how close is too close for comfort?

And then you have to wonder: Who would work in such places, and how would they treat the children? When we first arrived in Romania, my husband and I were plagued by one question: How could anyone treat children like this? The caregivers, administrators, and medical staff came to work every single day and maintained a status quo that made outsiders sick to their stomachs. We didn’t personally observe any physical abuse, but what we did see was more than enough: rows of cribs filled with undersize children with vacant eyes who were permanently developmentally delayed and whose most basic needs were not being met.

Not only did orphanage workers fail to show any tenderness or compassion toward their charges; many stole what little they had. Again and again, we heard the stories from foreign aid workers. One in particular stands out. Soon after the fall of Ceausescu, a group of Dutch nurses arrived at a hospital in Galati to work in its pediatric AIDS ward, where HIV-positive children were transferred from the local orphanage to live out their final months. The nurses brought with them many donated supplies, which they stored on the premises, and they retrained the Romanian staff, who began to demonstrate a more caring attitude toward the children. But early on, the nurses made a critical mistake: The entire group traveled to the Netherlands for several days to attend a conference. When they returned, everything they’d brought was gone: medicine, clothing, blankets, even the electric washing machines. They had to start over from scratch.

Eventually we, like all the other aid workers we encountered, began to understand the twisted logic by which this world operated. First, there was the process of self-selection. The people who worked in the orphanages for any length of time lasted precisely because they could tolerate it. No one was there to advocate for the children; everyone worked in service of the system, which demanded only that these unwanted children be kept out of sight and out of mind, and at very little cost. Meanwhile, Ceausescu was busy perpetrating countless other violations of the rights and dignity of the entire nation, sowing terror, demanding absolute fealty, and creating a society where the social contract had entirely broken down. It was every man for himself. Theft and black-marketeering were a way of life in every workplace, and no one hesitated to put their own needs and those of their family ahead of others. And if there were some really horrific bad actors who would commit even worse abuses in the orphanages, we had no doubt that blind eyes would often, if not always, be turned, because no one wanted to rock the boat, attract attention, or cause trouble that could cost them their jobs and even their personal safety.

If you think none of that could happen in America because of some higher moral standard, you’re kidding yourself. Trump’s law-and-order rhetoric has given the stamp of approval to those who value blind obedience and fatuous patriotism over fairness and the rights of individuals. Already, Americans relegate the poor and the mentally ill to prisons and to the streets. We allow health care and education costs to bankrupt families. We shrink our social safety net, leaving kids without food security. Is that so far from warehousing children in inhumane conditions? As detention centers for immigrant children multiply, and as Americans become ever more distracted by our financial troubles, addictions, culture wars, and manufactured fear of the Others who are supposedly stealing our jobs and threatening our security, the separation of immigrant families will become background noise, and the children will be treated in whatever manner the Trump administration sees fit. Not only could it happen; it could happen quickly. This is no time for complacency.

UPDATE: Just hours after publishing this piece, I read this: "The former head of U.S. Immigration and Customs Enforcement told NBC News that migrant parents separated from their children at the border are sometimes unable to relocate their child and remain permanently separated." And so it begins...

Posted by Tamar Wyschogrod at 12:44 AM 3 comments: